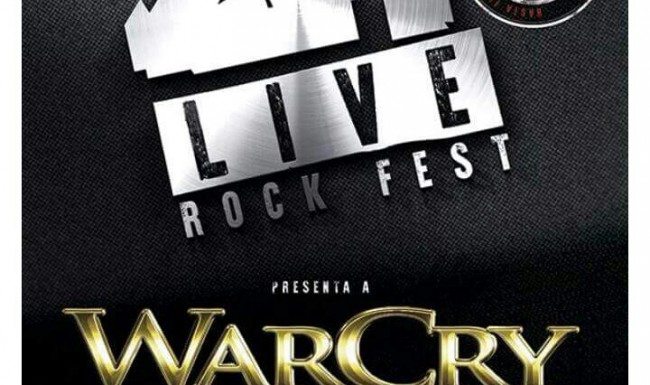 After many years without visiting Castilla y Leon (Spain), going back! The next June we will be headlining Z! Live Rock Fest (Zamora). Very attentive to our social networks in the coming months, because this action will have surprises. We share the press release that brings us the festival itself:
The Asturian power metal band will be headlining the first edition of Z! Live Rock Fest, a new oriented rock and metal festival to be held on June 18 in the city of Zamora and will feature at least 7 more bands to be announced shortly. Thus, the Asturian return to Castilla y Leon after a long time, to offer a unique show of about 2 hours to reach few bands today.

Warcry has grown to become the best example of its kind in Spain and is an important benchmark in the Americas. After 7 studio albums they released in 2013 her until last date work “Immortal”, where you can appreciate the maturity and strength of the band, but where you can best see how fit you live, where every year they have been showing why they are on top of the rock scene in our language.

The first batch of tickets will go on sale through Ticketmaster Ticketea and on 15 January at a special introductory price of € 15, which will continue until supplies last, or until 15 February when the promotion ends.

The festival will be held in the auditorium Silver Route de Zamora and its surroundings, an ideal place for holding large concerts for its infrastructure able to accommodate 6000 people and to support major events worthy of assemblies.

Similarly, and in cooperation with the municipality of Zamora, on Friday June 17 a series of concerts in the streets of the city in the festival in which the rock serve as a presentation of some of the most famous landmarks will be developed an unknown to most city full of surprises.

The event will also feature dining areas, merchandising and sales of CDs and market stalls and further developments will be announced shortly.